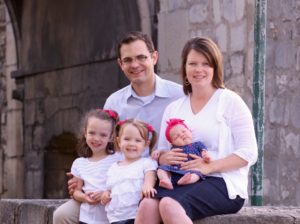 Our Call to Missions and Madagascar

Dan and Rachael met as students at Ambassador Baptist College and were married in 2010.  God gave them both a clear calling for missions in college and they began preparing right away.  Feeling the need to gain practical experience before launching onto the mission field, they served at their sending church where Dan was the Assistant Pastor for four years. They began full-time deputation in September 2014 and left for the mission field in April 2016. It is their burden to take the Gospel to the island of Madagascar, an island with a population of nearly 23 million people and few Baptist missionaries.

Dan and Rachael are commissioned and sent out of Kendall Park Baptist Church in Kendall Park, NJ and are assisted by Baptist International Missions, Inc.  in Chattanooga, TN.

The Lord has called them to a church-planting ministry among the peoples of Madagascar. Currently, they are studying French in Paris in preparation for serving on the island. Their first few years will be essential as they will be adjusting to and learning a new culture, language and people. Their hearts’ desire is to plant local New Testament churches in the capital city of Antananarivo, a city with over 1 million people and few Gospel preaching churches. It is their desire to do all they can to reach this island with the Gospel while the opportunity is available. 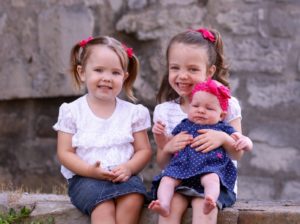 I was raised in a Christian home where I had the privilege of learning the truth of the Bible at a young age. Though I had made several professions of faith at a young age, I never really understood my need for a Savior. Finally, when I was fifteen, I understood for the first time the simplicity of the Gospel and put my faith and trust in Jesus Christ alone for salvation. I was later baptized. During my sophomore year in college, the Lord began to burden my heart for missions. After struggling for two weeks with the idea, I surrendered to the Lord with a burden to serve in Africa. I graduated from Ambassador Baptist College in 2009 with a concentration in Bible and Pastoral Studies.

I grew up in a Christian home where I heard the Gospel many times. I made a profession of faith when I was five, but did not fully understand the Gospel. It was not until I was thirteen that I realized I was a sinner and accepted Christ as my Savior. I was baptized a month later. At the age of sixteen, I surrendered my life to missions and later graduated from Ambassador Baptist College where I studied Bible and Missions.